Discrete breather in a graphene monolayer in two dimensions

The graphene sheet consist of 576 atoms which are allowed to move only in plane. The initial lattice parameter equals 1.42 A. Temperature and pressure are set to 10 K and 0 bar respectively in NPT ensemble using the Nose-Hoover thermostat/barostat. The simulation has been carried out with the LAMMPS (Large-scale Atomic/Molecular Massively Parallel Simulator) code. A Tersoff-like interatomic potential is used to describe the carbon-carbon interaction. The color scale corresponds to total energy of each atom. As can be seen some atoms move in a particular way and, as result, the energy is localized in space for some time (simulation time corresponds to 10 ps). 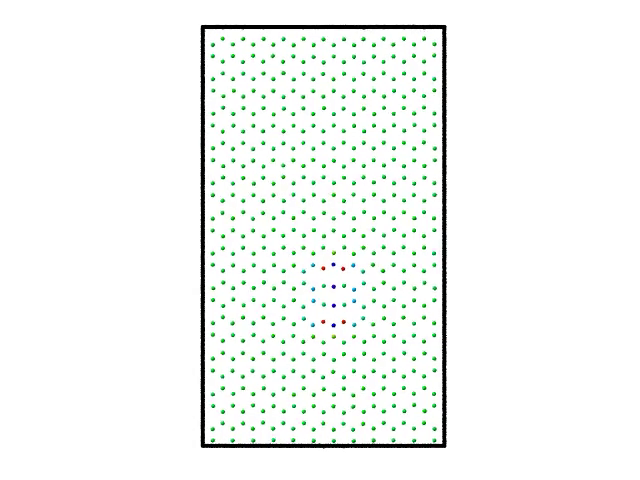