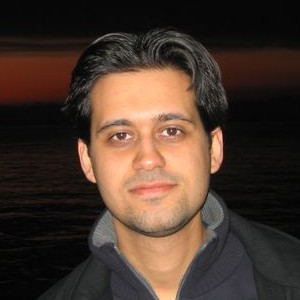 Vasilis Niarchos is a senior researcher in the High Energy Physics group with a broad research track record in string theory,  quantum field theory and black hole physics. One of the main goals of his research is to develop exact analytic descriptions of the properties of strongly interacting quantum fields. He is particularly interested in the interplay of such descriptions with string theory and gravity, as it appears for example in the celebrated AdS/CFT correspondence and other gauge/gravity dualities.
His current work focuses on the development of a new hydrodynamic effective field theory for black holes, the exact non-perturbative computation of supersymmetric observables in three-dimensional quantum field theories on curved spaces with boundaries and domain walls, the properties of entanglement entropy in massive theories, and the identification of supersymmetric quantum field theories that appear in  string/M-theory and play a key role in its non-perturbative structure.

Major scientific achievements: In earlier work Vasilis has developed effective field theory descriptions of decaying D-branes in  string theory (2003-2004) with important later implications on tachyon cosmology and the AdS/CFT correspondence. Later work on  quantum field theory proposed and provided evidence of non-perturbative dualities in non-supersymmetric QCD-like gauge theories in  3+1 dimensions (2008), and dualities in theories with varying amounts of supersymmetry in 2+1 dimensions (2008, 2009, 2011). A novel perspective on the relation between the non-perturbative dynamics of quantum field theories in different spacetime dimensions was provided in  2012.

Parallel independent work (2009-2014) has developed a description of the long-wavelength dynamics of higher-dimensional black holes. This description, known as blackfold theory, has established the most general known relation between hydrodynamics and the physics of black holes. It has uncovered previously unknown phases of exotic higher dimensional black holes and continues to be developed as a promising tool in gauge/gravity dualities.
In different work with Elias Kiritsis, also a member of QCN, a holographic description of  Josephson-junction networks was developed (2011) using a multi-gravity extension of the AdS/CFT correspondence (2008). This work opens up the possibility to describe efficiently a large class of holographic models sharing common features with physically interesting (meta)materials built out of weakly interconnected individual components. Josephson junction arrays and high-Tc superconductors lie naturally within this class.